Each spring members of the Wollaston Garden Club participate in Art in Bloom at the Museum of Fine Arts in Boston.  This joyous rite of spring pairs fine art and floral design from garden clubs and professional designers from across New England.

Art in Bloom at the Museum of Fine Arts went virtual for 2021.  This virtual tour featured works by women artists spanning the last 150 years.  The speaker explored key questions about the roles and opportunities available to women artists and their quest for recognition.

Each spring the Museum of Fine Arts celebrates Art in Bloom - a festival of fine art and flowers. Wollaston Garden Club members Ruth Griffin and Jo Costello created an arrangement for the American wing.

Jo Costello and Ruth Griffin designed Wollaston Garden Club's arrangement for Art in Bloom at the Museum of Fine Arts.  They were tasked with interpreting an Indonisian scarf with beautiful results.

Well done to all that participated. 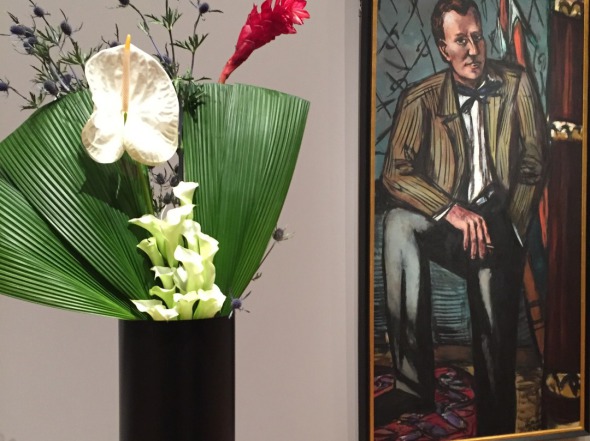 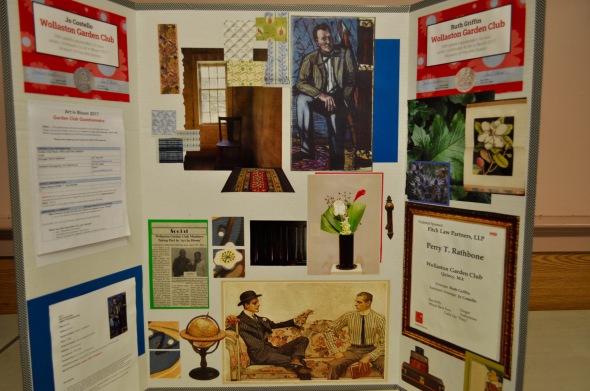 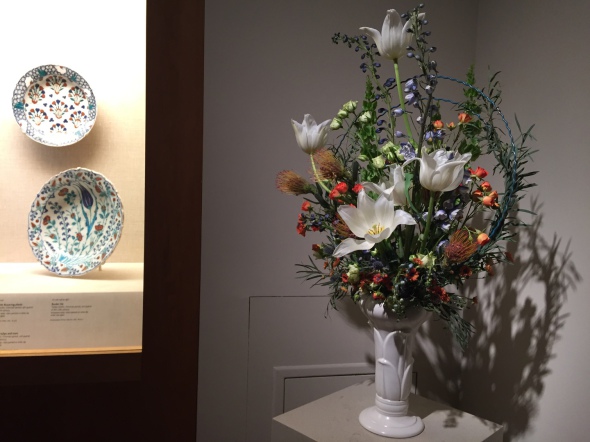 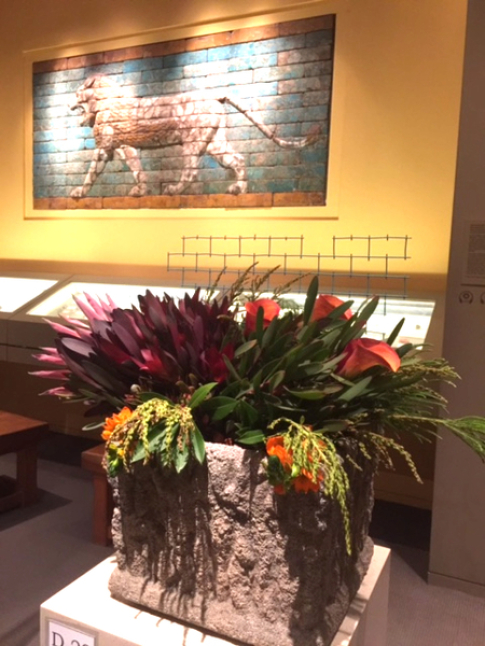 Wollaston Garden Club Members Jo Costello and Ruth Griffin created this beautiful arrangement for the Art in Bloom event a the Museum of Fine Arts in Boston. 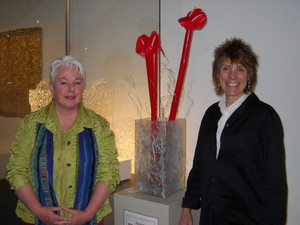 Ruth Griffin, designer, and Cynthia Lewis, design assistant, with “Basket” sculpture and their hot/cold floral design of scarlet anthuriums and curly willow at the Museum of Fine Arts

Two floral designers from the Wollaston Garden Club participated in “Art in Bloom” at the Museum of Fine Arts, Boston again this year. The garden club’s arranger was Ruth Griffin and her assistant, Cynthia Lewis. Both women are past presidents of the garden club and currently serve as Horticulture Chair (Lewis) and Special Projects Chair (Griffin). Both have exhibited at “Art in Bloom” in the past.

The art object interpreted was, “Basket”, a flame-worked Pyrex sculpture by the American artist, Brent Kee Young. Young, born in 1946, began his Matrix series after becoming intrigued with the chaotic snarls of metal reinforcement bars left behind when a concrete building near his studio was demolished. He used a hand-held torch to meld Pyrex rods, creating “organic interconnected structures of which almost any shape might be realized.” Still it would be very difficult to hold anything within the ghostly web of this basket, which looks almost as if it were scribbled with wavering lines of glass.

Club designer Griffin commenting about the container and the mechanics of the design said that she chose “to create a double layer of glass – painted to resemble a block of ice.” For flower choice curly willow was spray painted grey/white and used to mimic the gnarly ice-covered vine pattern on the basket and scarlet anthuriums to resemble the red hot rods used in the process of blowing the glass basket.” 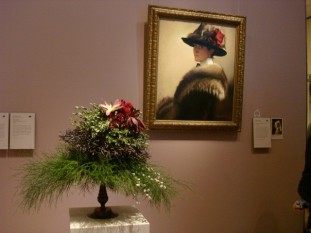 Arrangement by Cynthia Lewis and her assistant, Ruth Griffin at the MFA

The garden club’s arranger for 2011 was Cynthia Lewis and her assistant, Ruth Griffin. Both women are past presidents of the garden club and both have exhibited at “Art in Bloom” in the past.

The art object to be interpreted, “Woman In A Fur Hat”, is an oil on canvas painting by the American artist, Gretchen Rogers. Rogers was an artist who studied at The Museum of Fine Arts School when it opened in 1877 and one of the American Impressionists/Boston School who were inspired by the work of the old masters, particularly Jan Vermeer.

Club designer Lewis commented that she “ hopes to capture the beauty of this captivating elegant woman with her dark engaging eyes, sumptuous textures, lush reds and rich warm browns, with carefully selected flowers, a well-chosen container, and a design that really works.”